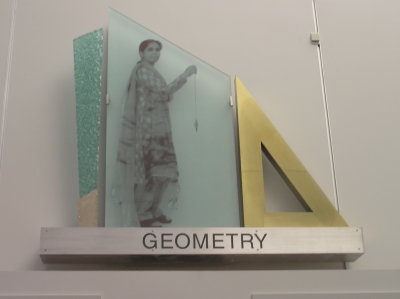 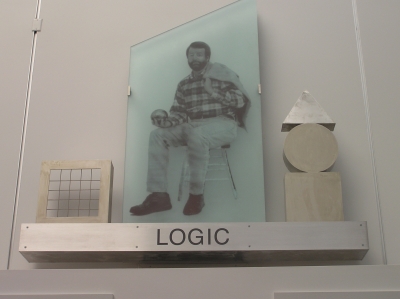 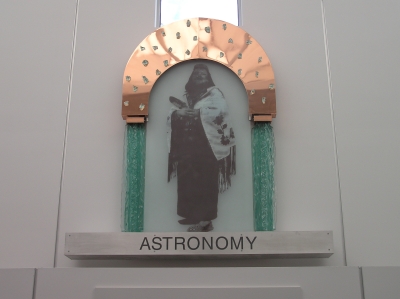 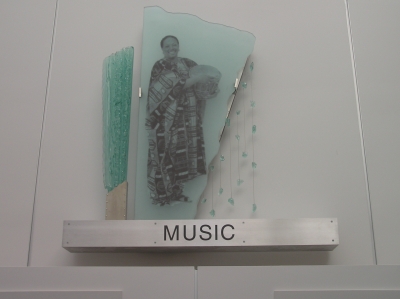 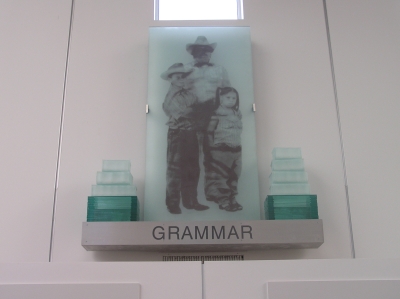 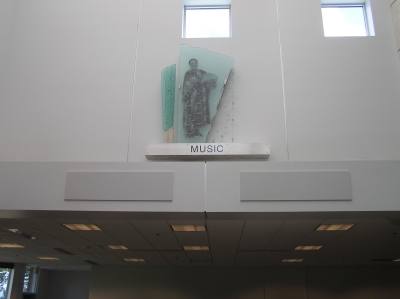 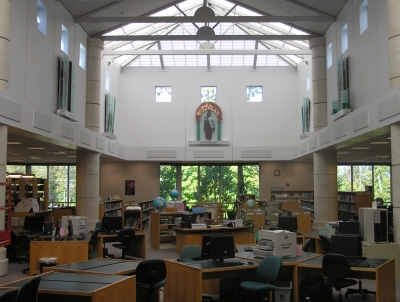 The Seven Liberal Arts is a seven-part artwork by artist Nancy Mee. She installed the sculptures in the Library of Pierce College's Puyallup campus.

Each component references one of the Liberal Arts, which date back to the Roman Empire (approximately 27 BC - 476 AD). The disciplines of Grammar, Rhetoric, Logic, Arithmetic, Music, Geometry, and Astronomy make up the Liberal Arts. Throughout history, painters and sculptures have used allegorical images and symbols to depict them. Mee's contemporary interpretation of the Liberal Arts features photographic images sandblasted into glass. She notes that the images "represent the multiplicity of cultures which make up contemporary American society. Each personification will be represented holding an appropriate symbol which will signify their discipline."

This artwork was acquired for the State Art Collection in partnership with Pierce College.

Seattle-based artist Nancy Mee creates mixed media and glass sculptures. Born in Oakland, California, she received a Bachelor of Fine Arts degree in printmaking from the University of Washington in Seattle. She studied at the Pilchuck Glass School in Stanwood, Northwestern Washington in 1984, which greatly influenced her artistic practice. She has collaborated with her husband, artist Dennis Evans, under the name Utopian Heights Studios on several projects and exhibitions. 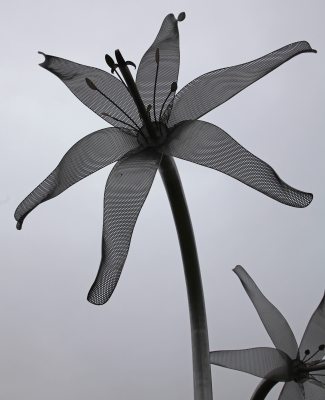