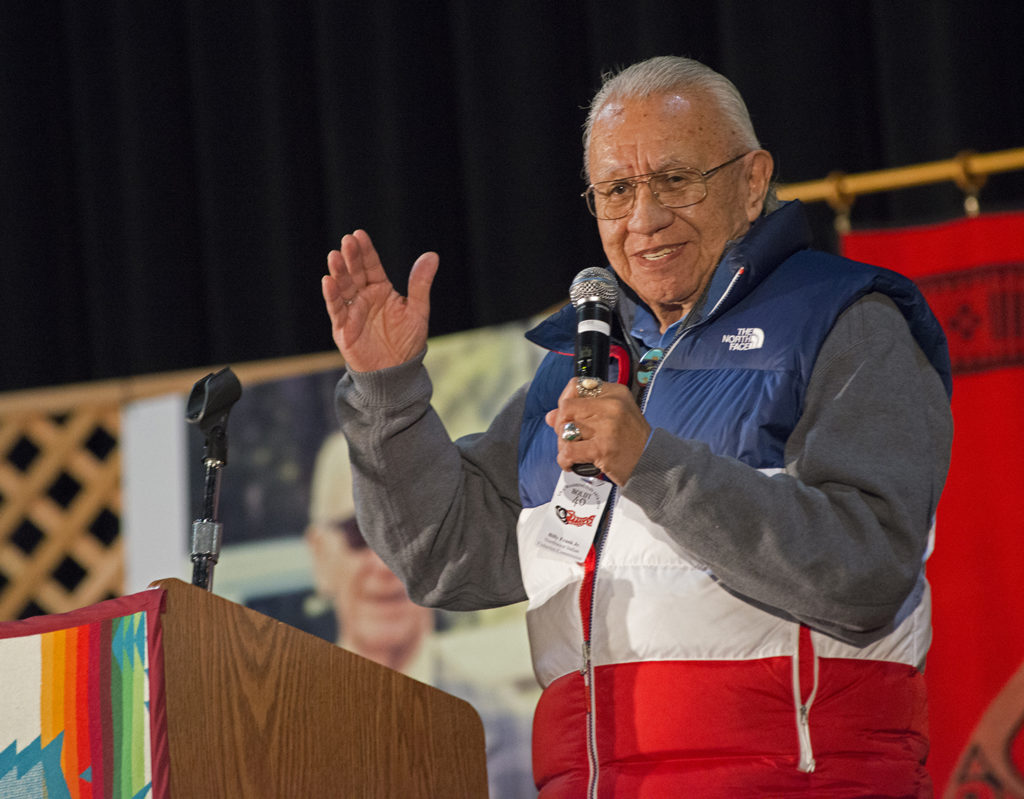 Billy Frank Jr.
Born on March 9, 1931, Billy Frank Jr. was a Nisqually tribal member who fought tirelessly to ensure that the United States government would honor the promises made in the treaties with Washington tribes. Courtesy of Northwest Indian Fisheries Commission.

In 2021, the Legislature passed House Bill 1372, which was then signed by the Governor. This bill states that the Marcus Whitman statue in the national statuary hall collection be replaced with a statue of Billy Frank Jr.

In 2021, Governor Inslee signed into law House Bill 1372, which states that the Marcus Whitman statue in the National Statuary Hall collection be replaced with a statue of Billy Frank Jr. 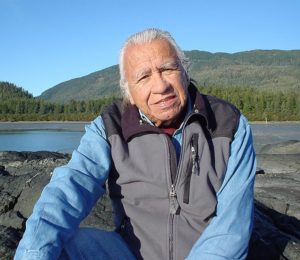 Billy Frank Jr., born on March 9, 1931, on the banks of the Nisqually river in Washington, was a Nisqually tribal member and fought tirelessly to ensure that the United States government would honor the promises made in the treaties with Washington tribes. During his efforts, Billy Frank Jr. was arrested more than 50 times for exercising his treaty-protected right to fish for salmon, the first arrest being when he was 14 years old. He helped to stage “fish-ins” as protests, where he and others demanded that treaty tribes have the right to fish in their usual and accustomed places, a right that had been reserved in the treaty of Medicine Creek. His activism and perseverance paved the way for the “Boldt decision” in United States v. Washington, which affirmed the right of Washington treaty tribes to take up to half of the harvestable salmon in western Washington, reaffirmed tribal treaty reserved rights, and established the tribes as comanagers of the salmon resource.

Billy Frank Jr. dedicated his life advocating for equality, justice, and environmental protections. He fought to protect tribal treaty rights, native cultures and traditions, and the natural resources they are based upon, including fish and shellfish. Despite long-standing persecution, Billy Frank Jr. worked tirelessly to protect salmon for the benefit and enjoyment of all Washingtonians. When salmon populations plummeted toward extinction, eventually to the point of being listed as threatened under the federal endangered species act, Billy Frank Jr. vocally advocated to unify people to reverse the trend. His endless work on salmon recovery was based on inclusivity and an understanding that tribal treaty rights will help recover salmon and would benefit the entire society and the economy in enumerable ways.

Billy Frank Jr.’s unwavering commitment to the fight for equality and the fight against racism and abuse was of global influence. He has been likened to other humanitarians and civil rights leaders such as Reverend Dr. Martin Luther King Jr., Cesar Chavez, and Nelson Mandela. Billy Frank Jr. passed away on May 5, 2014, but he continues to be an inspiration to many domestically and abroad. He is a significant historical and civil rights figure who is worthy of recognition and inclusion in the national statuary hall collection.

Photo courtesy of This is Indian Country, licensed via Creative Commons.