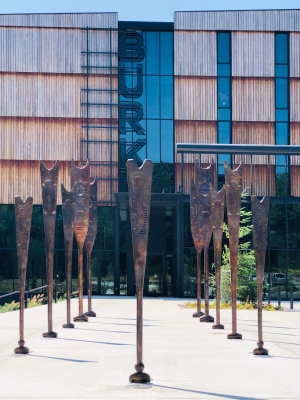 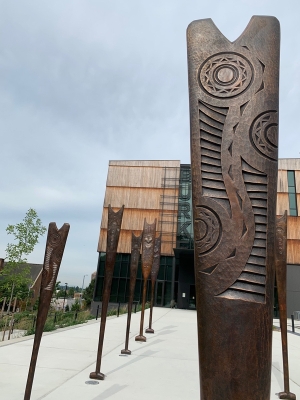 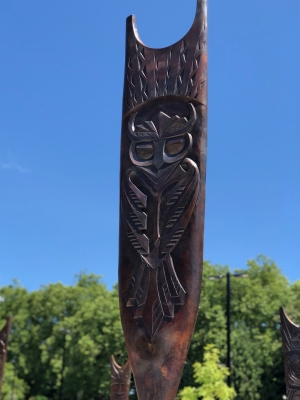 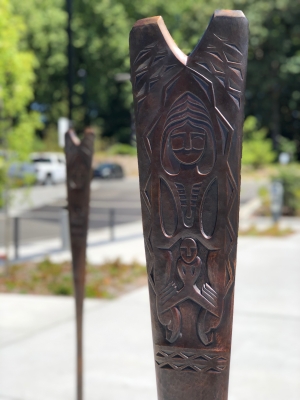 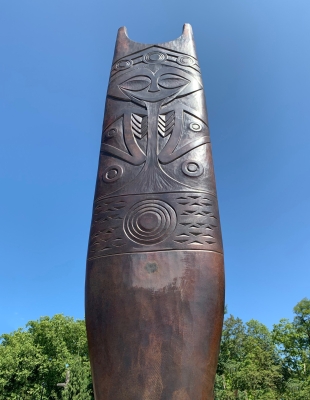 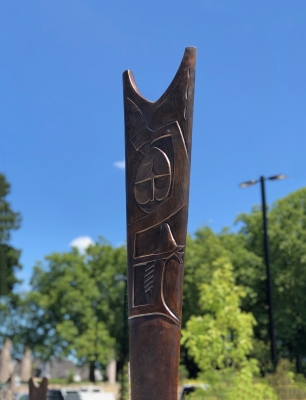 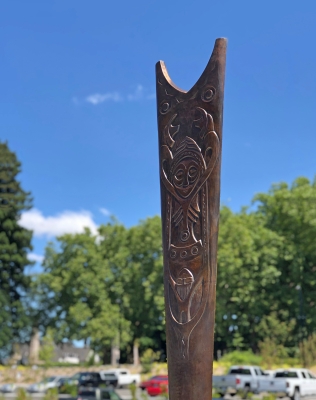 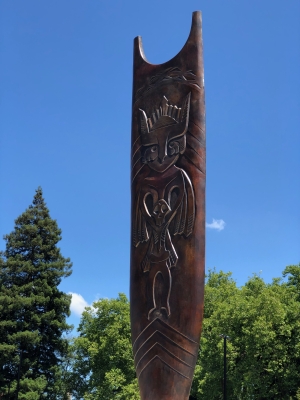 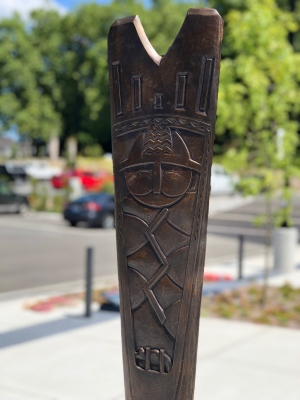 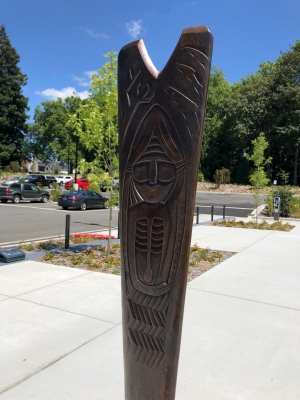 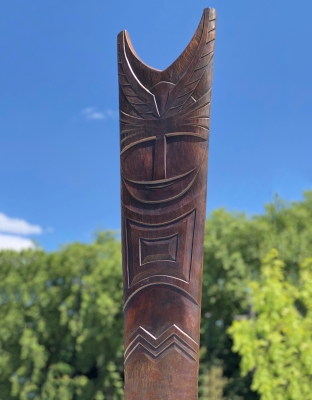 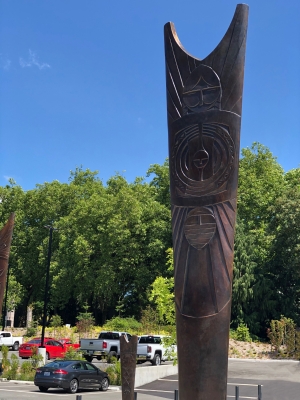 Tony A. (naschio) Johnson and Adam McIsaac worked as an artist team to create Guests from the Great River for the new Burke Museum of Natural History and Culture (2020) in Seattle. The eleven large, cast bronze paddles represent the arrival of a Chinookan canoe carrying cultural heroes of that region and their knowledge. The canoe paddles are lifted upright in a traditional form of peaceful greeting and respect to the museum and its guests. They are carved in a variety of Chinook styles and sizes. Each day, the paddles' shadows take one stroke across the entry plaza of the museum, forever in motion.

For nearly 20 years, Tony A. (naschio) Johnson (Chinook Indian Nation) and Adam McIsaac have worked together to breathe life into the important Indigenous art form of the Chinookan-speaking peoples. The art form, centered along the Lower Columbia River, has been practiced for millennia, but had nearly been forgotten to time by most of the area's current residents. Johnson and McIsaac both had the benefit of training with well-known practitioners of Pacific Northwest Native arts. They originally came together to collaborate on the creation of the Cathlapotle Plankhouse in Ridgefield, Southwestern Washington. Their goal is the revitalization of this significant art form through public installations and the mentoring of a new generation of artists.

Tony A. (naschio) Johnson (Chinook) is a sculptor, printmaker, metalsmith, and basket weaver. He is also a chairman of the Chinook Indian Nation since 2015 and a Chinuk Wawa language teacher. Johnson received a Bachelor of Arts degree in Art and American Indian Studies from the University of Washington in Seattle in 1994 and a Bachelor of Fine Art degree from Central Washington University in Ellensburg in 1996. He lives and works in Willapa Bay, Southwestern Washington on the Pacific Coast. In his own words: “I am driven by the art and lifeways of our ancestors. My family and I devote our time to these traditions.”

Adam McIsaac creates carved wooden sculptures, as well as paintings and prints. He studied under artist Duane Pasco. He uses carving tools and materials used in traditional Northwest Coast carving. He continues to learn about these traditions by working with local Native American communities, with a particular focus on the artistic traditions of the Columbia River tribes. McIsaac lives and works in La Center, on the Columbia River in Southwestern Washington.