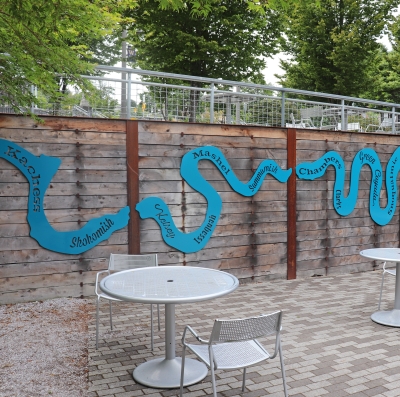 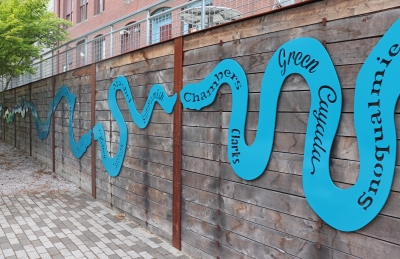 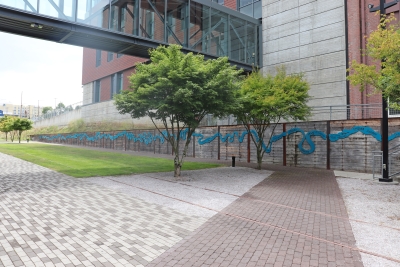 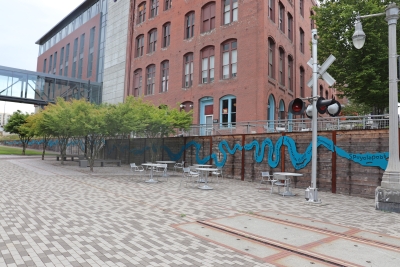 All the Rivers in the World, Tacoma by Vaughn Bell is a sculpture that imitates the shape of a river. It flows through the middle of the University of Washington Tacoma campus in downtown Tacoma. Bell held "river gathering" workshops where she asked community members: “Think about rivers: the rivers you know, remember, and are connected to. Where has the water flowed in the places of your childhood and your current home? What is the name of your river? Write it in the language most meaningful to you.” A variety of river names from the workshops are found all along the 272-foot-long river sculpture.

The Lushootseed word meaning "mountain that is always snowy" is located at the source, or headwaters, of the river sculpture. This is a reference to Mount Rainier, also known as Mount Tahoma. (See the left end in the photos or southern end of the installation.) The Lushootseed word for the Puyallup River is located at the other end, at the mouth of the river. (See the right end in the photos or northern end of the installation.) In between are other river names, written in many languages. Rivers that are geographically closer to Tacoma are near the mouth of the river. Rivers that are further away are upstream near the headwaters. There are local river names such as Columbia, Duwamish, and Nisqually. There are other American rivers such as Mississippi, Potomac, and Detroit. And there are international rivers such as St. Lawrence, Yangtze, Saigon, Rio Grande, and Usumacinta. Lushootseed is a Coast Salish language of the Puget Sound area.

Bell also notes on the plaque that “We are grateful to the Puyallup Tribe for their stewardship of this land and water.”

Artist Vaughn Bell’s work focuses on human interactions with places, natural forces, and other species. She examines the complexities and paradoxes in these interactions. Her artworks include ecological artworks, public art, performance-based and participatory artworks, sculpture, drawings, videos, and installations. Her art practice also includes public art planning and writing, and teaching.
Bell teaches at the School of Interdisciplinary Arts and Sciences at the University of Washington, Tacoma campus. She received a Master of Fine Arts degree from the Studio for Inter-related Media at Massachusetts College of Art in Boston, Massachusetts, and her undergraduate degree from Brown University, Rhode Island. She lives in Seattle, Washington. 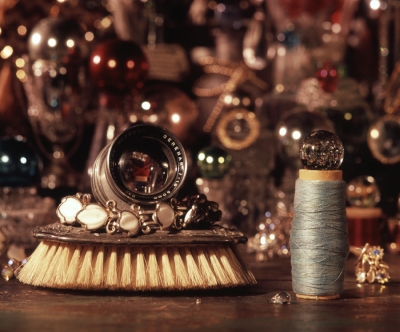